The time is 8:45 am, Destiny College looked scanty as many students were yet to resume school. Destiny college is one best school around Baldos Estate. Though it is the type of school a multimillionaire child would attend, they are known for excellence.

Wow! guess who we have here? A mockingly echoed from the mist of a group of girls at the doorpost. Steve already recognized the voice and knew what was coming. Before he could raise his head, another voice came, but now it was a group of voices shouting "the butt chaser" immediately almost everyone in the class burst into laughter.

Steve bent his head and pretended like he was looking for something in his bag. Just then Steve felt a touch on his shoulder and a familiar voice followed, "looking for something?". The girls at the doorpost retorted "what could he be looking for?" He is probably hiding his face in shame, another echo of laughter ensued.

Steve still did not bother to reply to her or make much eye contact. he quickly zipped his bag and made to leave the class. Am I the only one that noticed that our most punctual student is the last person to come to school this morning? Cynthia asked sarcastically. A voice replied from the doorpost "he was probably hiding his ass from the assembly". but how long can he do that? Steve had almost approached the front row when another voice came from the window, "maybe he was busy chasing after butts on his way to school".

"Woman wrapper"  Sam furiously replied to Cynthia's boyfriend. Sam and Steve were often referred to as twins. Though they do not have a facial resemblance or any form of physical resemblance. However, they are always seen together and you just can't pick a fight with either of them without fighting them both. Sam's reply infuriated Cynthia's boyfriend Richard. Sam is highly temperamental, Steve knowing what was about to happen, had to quickly speak to his friend.

Meanwhile, Richard had already signaled to some boys hanging around the school corridor which is adjacent to Steve's class to come over. Cynthia quickly moved to the front of the class to confront Steve, demanding that he should warn Sam to watch the way he speaks to Richard her boyfriend. This move further enraged Sam. Watch your mouth you bitch, Sam retorted. However, Steve still ignored her and made to exit the class as the tension was already rising. Cynthia felt that Steve was making a fool of her by continuously ignoring her. Hence she dragged Steve back by his shirt and queried him, where the fuck do you think you are going. Steve tried to forcefully get rid of her hands, his shirt got turn while Cynthia fell to the ground.

Cynthia immediately started to cry mischievously, while accusing Steve of hitting her. Richard and the boys he called immediately rushed into the class, while Sam also rushed towards them. Richard landed a slap on Steve's face, seeing this Sam dived and threw Richard to the ground. What is going on here! the school dean-of-study questioned furiously. The class became as silent as a graveyard instantly. The dean-of-study surveyed the class with his eyes before picking Cynthia, Steve, Sam, Richard including three other boys and moved down to the principal's office with them.

WATCHOUT FOR MY BILLIONAIRE GIRLFRIEND EPISODE 4 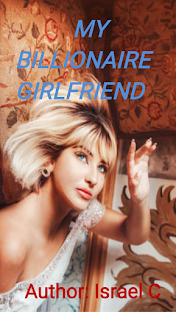 Is Cynthia going to get away with this? There is a strict rule that any student of Destiny College that engages in physical combat with a fellow student could risk up to three weeks of suspension. Let us see what happens at the principal's office.

IF YOU HAVE NOT SUBSCRIBED TO MY EMAIL NEWSLETTER, DO THAT NOW AND FOLLOW MY FACEBOOK PAGE FOR TIMELY  UPDATE ON ALL EPISODES.

January 14, 2021
EPISODE 2 THE RETURN OF MIRABEL Steve, what is the time by now and you are still sleeping? Mom, please stop yelling at me you know that I went to bed late last night. You are just a lazy boy, come-on move that your sleepy head down to the bathroom. OK, mom let me quickly go and warm yesterday’s rice. Yeyeyeyeye come-on gets out of my presence before I break your head with a pestle. Mrs Ademola is a middle-aged woman. Though her husband died twelve years ago, she has tried her best to be the best mom to her children. She is a very strict woman and would not tolerate any form of indiscipline. Steve worked past the kitchen but was drawn back by the figure he saw with the corner of his eye. Oh my G who am I seeing? Steve was so surprised to see his sister who has been away for sometime back in there house without his knowledge. You are not dreaming little bro, I am sorry I did not inform you and mom that I will be coming back today. I just wanted to surprise you guys, and it turned out t
Post a Comment
Read more