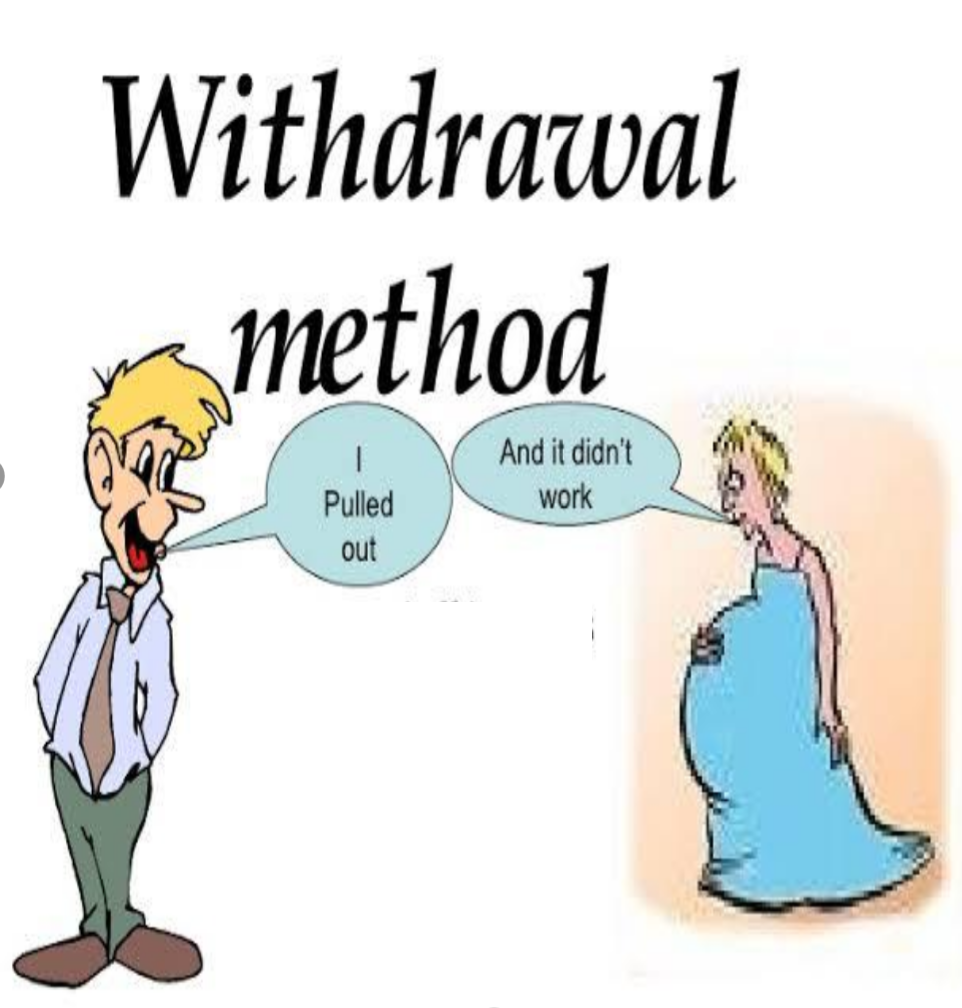 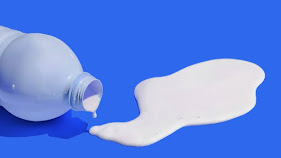 Considering the fact that there are numerous contraception methods one could use, then I must strictly warn anyone thinking of a withdrawal method to have a rethink.

According to experts' research, the withdrawal method can have a 79% and up to 95.6℅ effectiveness ratio. However, it is still not a good recommendable method of contraception especially for young people and first-time partners.

During withdrawal methods, a lot of factors determine the outcome or how effective the method will be.

The withdrawal method could be up to 96% effective if the man withdraws his penis completely and ejaculates far away from the woman's body. Remember that out of the nearly hundred million sperm cells released during ejaculation, only one is required to make a baby. Hence the chances of getting pregnant should you or your partner pre-cum is higher. What's more, while a man may have some/total control of when he cums, he however has little or no control over pre-cum which may also contain a healthy sperm cell. As the man may not be able to control his pre-ejaculation, the woman will also feel little or nothing of the pre-ejaculation been released into her body. Hence both parties may end up thinking that the method is successfully carried out only to be surprised a few weeks later. 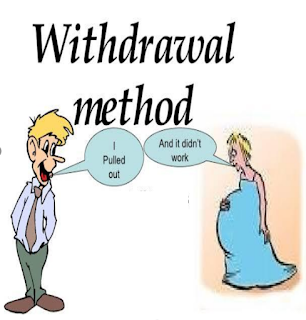 Note: Abstinence is the only 100% sure way to avoid unplanned pregnancy and prevent all sexually transmitted diseases and infections.

January 14, 2021
EPISODE 2 THE RETURN OF MIRABEL Steve, what is the time by now and you are still sleeping? Mom, please stop yelling at me you know that I went to bed late last night. You are just a lazy boy, come-on move that your sleepy head down to the bathroom. OK, mom let me quickly go and warm yesterday’s rice. Yeyeyeyeye come-on gets out of my presence before I break your head with a pestle. Mrs Ademola is a middle-aged woman. Though her husband died twelve years ago, she has tried her best to be the best mom to her children. She is a very strict woman and would not tolerate any form of indiscipline. Steve worked past the kitchen but was drawn back by the figure he saw with the corner of his eye. Oh my G who am I seeing? Steve was so surprised to see his sister who has been away for sometime back in there house without his knowledge. You are not dreaming little bro, I am sorry I did not inform you and mom that I will be coming back today. I just wanted to surprise you guys, and it turned out t
Post a Comment
Read more