THE RETURN OF MIRABEL

Steve, what is the time by now and you are still sleeping? Mom, please stop yelling at me you know that I went to bed late last night. You are just a lazy boy, come-on move that your sleepy head down to the bathroom. OK, mom let me quickly go and warm yesterday’s rice. Yeyeyeyeye come-on gets out of my presence before I break your head with a pestle. Mrs Ademola is a middle-aged woman. Though her husband died twelve years ago, she has tried her best to be the best mom to her children. She is a very strict woman and would not tolerate any form of indiscipline.

Steve worked past the kitchen but was drawn back by the figure he saw with the corner of his eye. Oh my G who am I seeing? Steve was so surprised to see his sister who has been away for sometime back in there house without his knowledge. You are not dreaming little bro, I am sorry I did not inform you and mom that I will be coming back today. I just wanted to surprise you guys, and it turned out that my little bro is no longer a little bro but a big spoiled dude. Sis, it is not always like this, the thing is that..., come on Steve I am just back and this is how we are meant to greet each other after ( Steve ran towards Mirabel his sister and hugged her tightly) a long time (with a soft low voice). I have missed you, bro, I have missed you the more big sis. Aww ok, go get ready for school I have taken care of all the house chores you are supposed to do before going to school this morning. So go on your breakfast is a; most ready. Thanks, sis you are the best.

(Inside the bathroom, Steve began to brush while soliloquizing over the dream he just had. as he got to the point where the beautiful girl he saw in his dream was about to tell him her name, he suddenly felt cold and an illusional female figure walking towards him). Steve snapped out of his imagination as his name echoed through his ear. he quickly finished up his brushing, and had a quick shower before rushing out to dress up for school.

Back at the dining room, Mirabel had only set the table and was munching a loaf of toasted bread while taking a sip from her cup of tea occasionally. Steve finished up with his dressing before joining them at the dining table. Be fast Steve you are already late, Mirabel urged Steve. Five minutes later, Steve was ready and he left home very happy knowing that his sis is finally back after 7 years.

Steve took a short route to school, and in less than 20 minutes he was already in school. He was later, but considering it was the first day of resumption, no one queried him. The assembly was already over when he came, so he just moved straight into his class. He sat down and looked around the class before taking deep breathing to settle down. 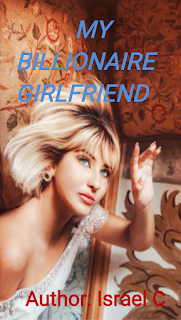 NOW THE STORY BEGINS IF YOU HAVE NOT SUBSCRIBED OF TO MY EMAIL NEWSLETTER, DO THAT NOW AND FOLLOW MY FACEBOOK PAGE FOR TIMELY UPDATE ON ALL EPISODES.